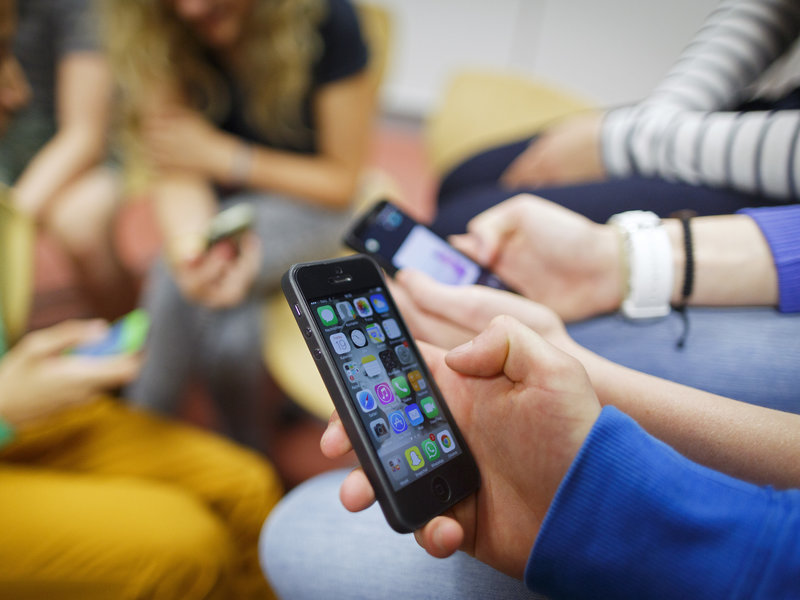 The state of Vermont is proposing a bill that would ban the use of cellphones of anyone under the age of 21. I find it crazy we are in a world where we have to resort to such a thing as this!

The bill, S.212, would make possession or use of a cellphone a misdemeanor punishable by a maximum of a year behind bars or a $1,000 fine or both.

According to the legislation, there are links between cellphone use by people under the age of 21 to a rise in driving fatalities, suicides, mass shootings and terrorism.

“The internet and social media, accessed primarily through cell phones, are used to radicalize and recruit terrorists, fascists and other extremists,” the bill reads.

The whole talk about recruiting for terrorist, fascists and other extremists is too stupid to bring up as a reason. Kids these days are glued to their cell phones! I have 3 teenage nieces and I know how they are with their phones One of them will be doing drivers ed soon! I can imagine her behind the wheel.

Technology in general is too easy to obtain these days and people are spending a fortune of them too. I find it very strange that kids need a brand new Iphone that is worth over $650 where you can get the same thing for $89. Either way it’s a drug that needs to be regulated. Banning at 21 is too much though. Most teenagers between the age of 18 and 21 don’t go to college right away and have jobs that require a cellphone. Banning up to age 18 is better IMO. Now like i mentioned above this is only a proposal but it doesn’t stop other states to follow what Vermont is doing if this does pass. What do you think?